Mann of the Press at Bay 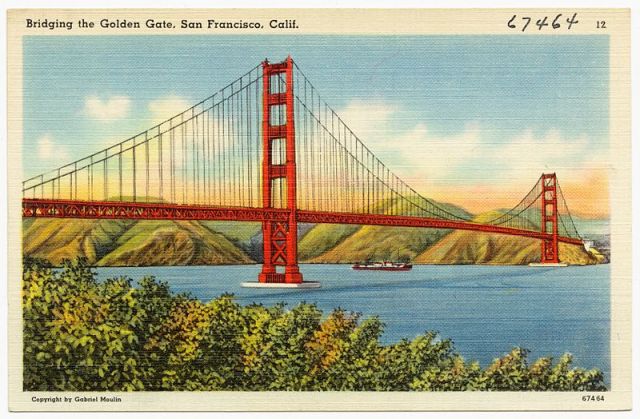 From November 1952, this is no Thanksgiving story… A San Francisco newspaper columnist gets involved with bad Italian accents, puns on his name (“Mann”), a picture postcard and a mystery.

Supposedly based on a true story, this episode of the long-running series “Suspense” has an assault on a ferryboat concertina player, a redhead with a mysterious parcel, a word that sounds like “cuspidor,” and a doctor who says he charges wealthy customers more so he can patch up the occasional concertina player for free… and the doc has a neat trick smoking two cigarettes a yard apart.

It would be too much of a coincidence to have one of those 1950s medical doctor cigarette advertisements in this episode. But the sponsor is the Autolite spark plug company, not a tobacco manufacturer.

The real reporter and newspaper the story is supposedly based on are not identified, unlike the series the Big Story, which you will find elsewhere on the menu above, and which did have a tobacco sponsor. Or perhaps the reporter character is entirely fictional, added to frame the story, while the only “true story” aspect involves that postcard. Seems to me that I would have heard about this reporter in the Pulitzer Prize archives if his part in the story was as advertised.

If you know the inspiration for this episode, please drop me a note in the comments below.

Titled “Mann Alive” or “Man Alive,” it could have been “Man Overboard” for part of the plot.

In my collection of radio portrayals of journalists, this is both reporter-as-narrator and the detective-reporter, complete with foghorns and overcoat, putting himself in harm’s way, turning a small local story into something of national significance. The question of whether he will survive a life threatening situation is somewhat spoiled by the fact that he is the narrator.

Actor Paul Douglas delivers the dramatic dialogue. William Conrad is a familiar voice in the cast.

Today’s coincidence is that I had car trouble this morning and it really did turn out to be the sparkplugs.

mild-mannered reporter who sank into computers and the Web during graduate school in the 1980s and '90s, then taught journalism, media studies and Web production, retiring to write and play more music.
View all posts by Bob Stepno →
This entry was posted in 1950s, adventure, suspense, true stories, Uncategorized. Bookmark the permalink.