Women authors and editors on Cavalcade of America 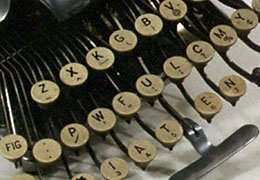 Cavalcade’s stories of women in publishing spanned the history of the nation from colonial to contemporary. Some of the women who were profiled began their careers in husband-and-wife collaborations, including the Zengers in colonial New York, Cyrus and Louisa Knapp Curtis in the late 19th century, and the Houghs of Martha’s Vineyard in the 1940s.

Cavalcade presented dramatic portrayals of real-life editors and reporters like Anne Royall, Margaret Fuller and Nellie Bly, but also dipped into fiction to offer an abbreviated version of Edna Ferber’s historical novel Cimarron. Ferber’s editor heroine Sabra Cravat became even more the center of the radioplay, a showcase for actress Irene Dunne, who had starred in the Academy Award winning film version.

Follow the links below for the “Newspaper Heroes on the Air” entries about each person, or to play or download the radio stories.

More than 25 other JHeroes blog posts and pages about women journalists, real and fictional. (Click on “older posts” at the bottom of that page to see additional pages.)