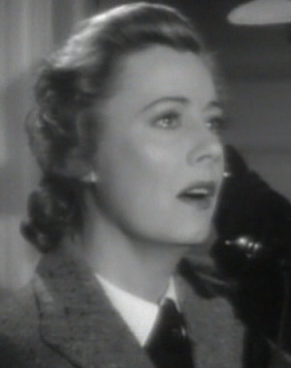 Cary Grant is the newspaperman and Irene Dunne is his long-suffering wife in this classic romance from 1941. The film itself is available for downloading or streaming from the Internet Archive: Penny Serenade.

Retold several times on radio, the original film story was presented in flashbacks inspired by the couple’s record albums, songs that bring back high and low points in a marriage that seems to be coming to its end after losing a child.

The pressures of a newspaper career — and the ambitions of  journalist Roger Adams (Grant) — are only part of the problems for the couple.  For a while, he is a correspondent in Japan. Later, back in the states, he tries to run a paper of his own, complete with presses downstairs threatening to wake the baby.

The juggling of career, love and family is the major theme of the story, from the moment the couple’s friend, Applejack, warns her about the business…

“Pretty crazy about that reporter aren’t you?” he asks. “I’m sort of fond of him,” she says.

“That’s bad. I hate to see a nice girl like you get mixed up with a newspaperman. Gosh, you never know what they’re up to. They can get away with anything and alibi they’re working. Of course a lot of fun ducking around interviewing chorus girls and that sort of thing…”